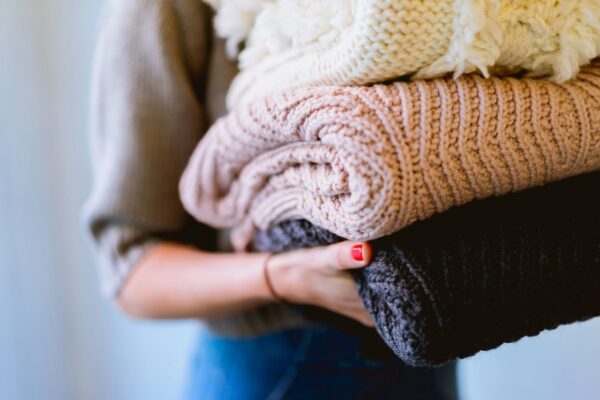 How to Determine if Something Can Be Donated

Donation is one of the most rewarding endeavors you could ever hope for. People often feel trapped by the possessions which once brought them joy. It is common for people to feel tied down by something which really should be considered a stepping stone. One of the larger issues is that at times people feel that some things should remain static and unchanging in our lives, and that if something is no longer bringing us joy then it indicates something is wrong with us. But perhaps maybe something is wrong with the item itself. Variety is the spice of life, and all of our lives are enriched by trying new things and discovering the joy of new possessions.

However, donation isn’t always the answer. Some items can be donated. Others should remain a part of one’s life, yet others should be given to friends and family, and a small minority of our possessions should be discarded. It’s often hard to know which items belong in which category, but one can usually determine if an item is right for donation by keeping a few things in mind.

Keep in mind that some things come in pairs

Many of the items we use in our day to day life come in sets or pairs. Sometimes, custom demands that they be kept as such, and other times it’ll be OK if you just mix and match things together.

For example, our cutlery will usually serve as a matching set. And in general it is best if you can keep it as such. But outside of formal occasions people aren’t going to judge you if your fork and spoon have slightly different styles.

Some items absolutely need to be donated as a full set or pair. Shoes are probably the single best example. Gloves and even socks should be held to that standard as well. Nobody likes to create waste. But the chances of anyone actually desiring a single shoe are rather low, and the same goes for singular examples of anything which usually comes as a pair.

You should always keep fragility in mind

It’s also important to keep items overall fragility in mind. It’s important to stress that you absolutely can donate fragile items. However, it needs to be handled differently than more sturdy items. Normally people can just leave donations unattended in a specific area, but fragile items, such as anything made of glass, should be handed directly to an employee to ensure its safety.

The issue isn’t just the item itself either. It’s obviously a waste if a fragile item breaks. But there’s also the matter of the mess left behind. If a glass breaks on top of clothing then an employee will need to be very careful about removing every stray piece. This makes an already tiring job even more difficult for employees at a donation center.

Avoid anything with confidential information

You should also ensure that you’re not donating anything with personal or confidential information on it. This can be trickier than you might imagine at first. For example, USB thumb drives can be very useful. And people tend to collect them in drawers or cups. But it’s not at all uncommon for any of them to have potentially invaluable information on them. This could be anything from phone numbers to passwords.

Likewise, even analog data storage needs to be carefully considered. Books can have papers slipped into them with personal information. File cabinets might have loose paper in the back which wouldn’t be noticed at first glance. And the list goes on and on. In general, one should always just take a moment to consider whether any donation might have confidential or private information within it.

Pain, medicine or other chemicals

In general you should consider the likelihood that something might act as a toxic substance. This is obvious in cases of something designed to rid a home of bugs or rodents. But there are less obvious examples as well. This includes things like paint or even medications. One should take a moment to consider whether a child might try to eat or drink something. If the answer to that question is yes, then the answer to whether you should donate it is no.

In regards to safety, there’s also some less obvious points to consider. Toxic liquids are one of those things. These tend to be quite readily unsafe when one gives them even a cursory glance. But some of the most unsafe things are those which appear sound at first. Even furniture can fall into this category.

You should always try testing out furniture under a greater than average load before donating it. It’s important to remember that people come in a wide variety of shapes and sizes. Just because a chair or other piece of furniture holds up under your weight doesn’t mean it’ll be the case for everyone. In fact, if you’re fairly slender you might want to get a similarly sized friend to sit on furniture with you to test its strength. In general you’ll want to make sure that even an exceptional load doesn’t create any creaking or signs of it breaking.

Even waste can be a donation

Finally, there are points at which something can’t be donated, and at the same time it’s not suitable for the trash either. Recycling might be the ideal for this mystery item, but most home recycling options are very specific on what they’ll accept. This is especially true for anything related to computers.

Computer hardware uses a treasure trove of non-renewable metals and components. At the same time it doesn’t have much utility for general reuse past a certain point. Likewise, most home recycling options won’t accept them.

Most people are surprised to find that general purpose donation services will recycle computer parts. It’s important to keep in mind that although the donation center might not take the computer for later use, the end result will be recycling.